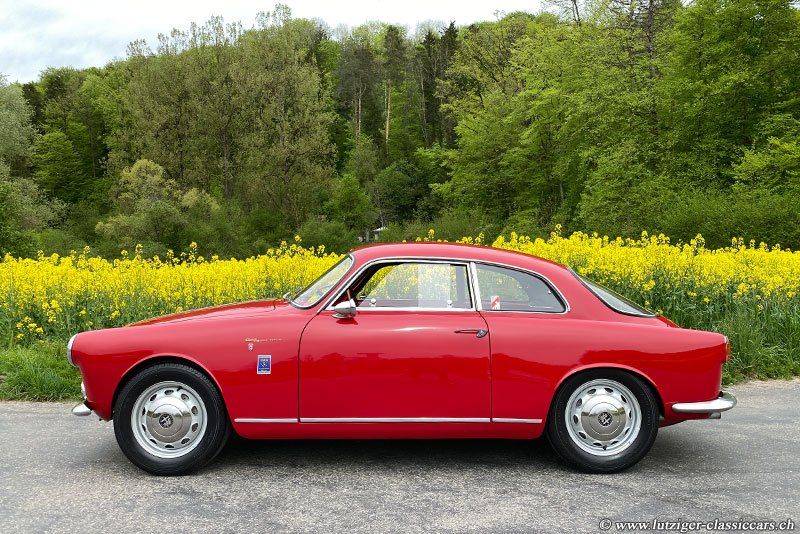 The history of this “Alleggerita” starts in 1956:

This original racing car with chassis number *AR1493E01871* is one of the first series of fifty Veloce “Alleggerita” (lightweight) built. This “Alleggerita”, the 43rd to be built, which was manufactured by Bertone in Turin, bears the Bertone “job” number “77043”. Many body parts therefore also bear the number 43.

It’s the second “Alleggerita” delivered to France at that time to G.A.P. Paris (General Automobile Paris) and this is documented by the confirmation of “Centro documentazione Alfa Romeo Milano”.

Virgilio Conrero in Turin prepared the car for racing beforehand, so that this “Alleggerita” was already taking part in races and rallies in the second half of 1956. This racing car was used by the successful racing team of the “Ecurie de Paris-ile de France”.

First racing results were successfully achieved as listed below:

The Veloce “Alleggerita”, built at the beginning of 1956, with the chassis number *AR1493E01871*, is one of the rarest Veloce handbuilt by Bertone at that time! According to Veloce historian Greig Smith, out of 252 Veloce’s built in 1956, only 11 surviving and genuine “Alleggerita” are known to exist.

The vehicle history is fully documented and this vehicle had only three pre-owners. This “Alleggerita” is in a stunning collector’s condition and is an absolute rarity.